in Bitcoin NFT Security
by CryptoDaily 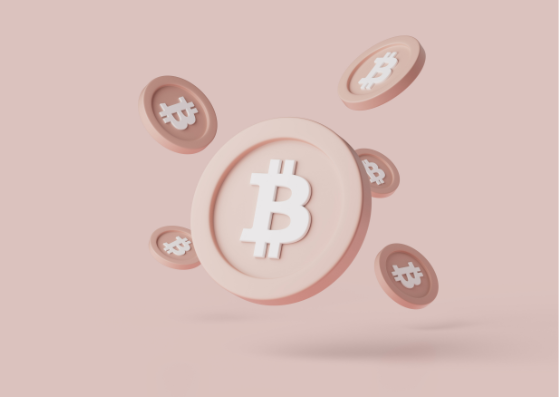 Ethereum is by far and away the most popular blockchain platform for non-fungible tokens yet its position as the king of NFTs may not last forever, as it faces growing competition from emerging chains including Tezos, Solana, Fantom and Hive.

However, one of the biggest threats to Ethereum’s NFT dominance may come from an altogether unexpected rival, with the rise of Bitcoin NFTs getting more attention of late.

Bitcoin’s move into NFTs may take a lot of people by surprise, because the world’s original blockchain is known for lacking the smart contract capabilities that make Ethereum and other networks so useful. Without smart contracts, Bitcoin cannot run the code needed to support NFTs, so where do Bitcoin NFTs come from?

The answer is Stacks. Stacks is an independent and smart contract-capable blockchain that’s more closely entwined with Bitcoin than any other. Thanks to its unique Proof of Transfer consensus mechanism, it’s able to roll up all of its transactions into groups and settle them on Bitcoin’s public ledger. This enables developers to build Bitcoin-based DeFi protocols and NFTs without wrapping BTC to be used on Ethereum or other networks. The benefits of doing this include sharing Bitcoin’s security and liquidity. However, because Stacks performs much of its processing outside of Bitcoin’s blockchain, transactions are faster, cheaper and use less energy.

As Stacks explains in this blog post, it’s able to do this through its Clarity programming language and Clarinet development environment. Stacks’ blockchain is directly linked to Bitcoin’s using its Proof-of-Transfer mechanism. Because of this, each transaction that’s executed on Stacks can be verified and traced on Bitcoin’s blockchain.

Since launching its Bitcoin NFT capabilities last year, Stacks has become home to a number of growing NFT platforms, including StacksArt, Boom, and STXNFT.

STXNFT is perhaps the most interesting platform to emerge on Stacks. It recently announced the launch of a new brand called Gamma.io that has ambitions to become a Web3 social hub that’s centered on NFTs. Gamma comprises not only an NFT marketplace, but also a social media platform that allows artists and collectors to showcase their tokens to the wider community of Bitcoin NFT fans.

The Security Advantage Of Bitcoin NFTs

NFT platforms like Gamma have chosen to build on Stacks because doing so allows them to create the most secure NFTs in the industry. The Bitcoin network is, without doubt, the most secure blockchain of all, having proven to be incredibly resilient to hacks and stresses since its launch in late 2008.

While hackers have had some success in stealing funds from individual users and some cryptocurrency exchanges, attacking the entire Bitcoin network is far more formidable. To date, Bitcoin has never suffered from a single security breach and most experts agree that it’s highly unlikely it ever will. Bitcoin’s security stems from three factors - namely its cryptographic, irreversible and distributed nature.

The Bitcoin network is underpinned by cryptography, meaning it uses both public and private keys to ensure the integrity and authenticity of each transaction that takes place on the network. Transactions are signed by digital signatures using the Elliptical Curve Digital Signature Algorithm, and the only way to hack this would be to guess the key using a brute-force attack by trying every possible value for a private key to see if it matches the corresponding public key.

Each private key is a random number between one and 2^256, a 78-digit number that’s believed to be greater than the total number of atoms in the universe. In practical terms, it would take thousands of years to conduct such a brute force attack, even when using the world’s most powerful supercomputers.

Added to that is the irreversible nature of Bitcoin transactions. Bitcoin’s blockchain is a write-only ledger, meaning that once information has been added to it, it cannot be modified.

Finally, Bitcoin’s blockchain is a publicly viewable and distributed network hosted on thousands of servers all over the world that anyone can see. Each of these “nodes” that run Bitcoin is responsible for verifying each blockchain transaction, and the majority of them must be in agreement that each new transaction is accurate before it is approved and recorded.

For someone to hack Bitcoin’s blockchain, they would need to control a majority of these nodes, something that would require the coordination of computing resources beyond what even the world’s most powerful countries can acquire.

Because the transaction history and ownership of NFTs on Stacks is ultimately recorded on Bitcoin’s blockchain, it means they inherit the same level of security as Bitcoin itself. No other blockchain comes close to providing this level of security. Clearly, there’s a big advantage to minting NFTs on what is the world’s most hack-resistant network.

There are other benefits to Bitcoin NFTs too. As the world’s most prominent blockchain of all, it’s also far more likely to last. While the downfall of other blockchains such as Ethereum and Solana is admittedly only speculative, Bitcoin still seems far less likely to disappear.

Bitcoin NFTs also benefit from greater potential exposure. Bitcoin is, after all, the world’s largest cryptocurrency by market cap and has the largest number of users. Not to mention, a great number of Bitcoin supporters can be described as “maximalists” who shun all other blockchains and cryptocurrencies in favor of the original. NFTs on Bitcoin might just appeal to this significant and hardcore group of users.

NFT enthusiasts clearly see merit to these arguments, as evidenced by some of the latest data. For instance, the new NFT platform Gamma did $219,000 in NFT trading volume in the last week of March, just shy of the $229,000 in volume on Hic Et Nunc, the most popular NFT platform on Tezos and ahead of popular platforms like SuperRare ($74,000) and Sandbox. Indeed, Gamma’s total trading volume in the last six months has exceeded $3.5 million, with over 4,000 unique buyers using the platform. And those users have made an average of 6.3 purchases, showing that their interest in Bitcoin NFTs is not just a one-off.

Bitcoin NFTs Are Here To Stay

As the NFT ecosystem grows and more artists and collectors are drawn into it, Stacks has shown that Bitcoin NFTs are a viable and extremely secure alternative to Ethereum’s ERC721-based NFTs.

Bitcoin NFTs not only offer stronger security, but can appeal to a unique subset of buyers who have so far been unable to access the market due to their hesitancy to use other blockchains.

It might be pushing it to think that Bitcoin NFTs might one day surpass Ethereum’s in terms of popularity, but there’s every reason to believe they will contribute further to the accelerating growth of this unstoppable market.

Disclaimer: This article is provided for informational purposes only. It is not offered or intended to be used as legal, tax, investment, financial, or other advice