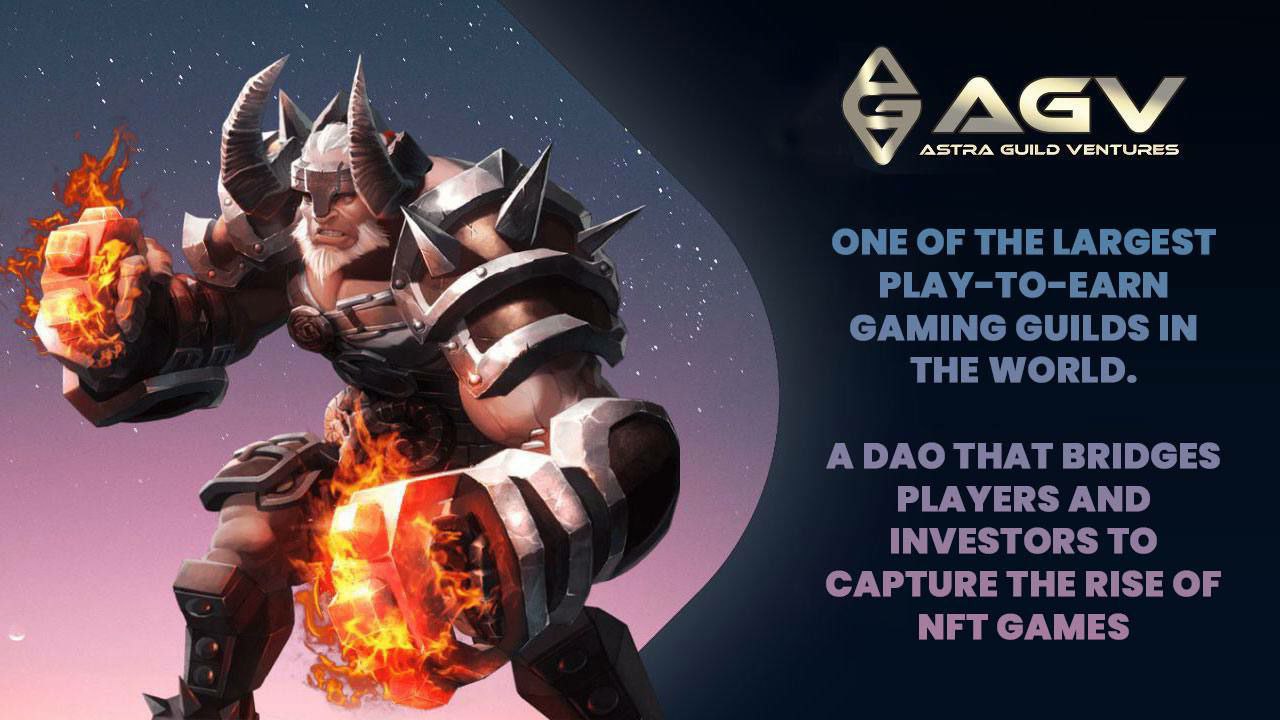 Astra Guild Ventures is a thriving DAO prepared to take the world of NFTs and play-to-earn games by storm. The project recently collaborated with a number of the industry's leading IDO platforms to conduct the launch of its initial decentralized exchange offerings.  AGV launched its IDO on CopperLaunch, YellowRoad, LunaPad, Playpad, MultiPad, DAOstarter, DAOLand, BSCMemepad  Oxbull, Krystal, Erax, Maison Capital, Lithium and its native AGV launchpad.

The IDO launches will help streamline users by delivering a secure trading platform support that is built into a single interface while exhibiting an opportunity for different blockchain communities to invest in Astra Guild Ventures.

Through its massive IDO launches, AGV is geared towards propelling more adoption of NFTs, widespread use of P2E games for profitability, and mainstream acceptance of innovative blockchain projects in its ecosystem. The DAO aims to build a global community of investors, tech leaders, NFT and blockchain enthusiasts, and P2E players and its massive IDO events suggest a great start.

AGV will also be launching its DAO Governance Board soon. This is to ensure that AGV holders can propose and vote changes on the DAO’s rules and decisions. This makes AGV one of the first NFT gaming guilds in the crypto and blockchain industry to fully launch a decentralized platform. Following its initial DEX offerings on various launchpads, the project is working towards creating a completely decentralized network that will bolster the adoption of P2E games, and promote blockchain technology in general.

As blockchain-based gaming and play-to-earn initiatives become increasingly popular, they have piqued the interest of crypto investors, digital creators, and P2E players with a plethora of investment opportunities stemming from different facets in the space. As a crypto investor, the chances are you are way too inhabited to learn the concept of NFTs or even play the P2E games. Players, on the other hand, maybe fully active in the NFT space but lack the funds to afford any asset. AGV brings a brilliant idea that bridges the gap between investors and players, providing solutions to both parties resulting in a win-win situation.

Astra Guild Ventures (AGV) is an innovative and game-changing Decentralized Autonomous Organization that revolves around non-fungible tokens, Play-to-earn games, and other viable blockchain projects. As a DAO, AGV is looking to create an ever-growing community that promotes a platform for NFT investors and P2E players to maximize their earning potentials in the space. AGV is one of the leading gaming guilds in the world. It is the first-ever guild to completely disclose earnings through a real-time dashboard and publicly available assets. The project is one of the fastest-growing NFT Guilds in the world with more than 2,000 Axie Infinity scholars and managers.

According to the official statement, its just-concluded private sale round raised a total of $3 million and it secured $2.3 million in its seed funding. AGV records over 190,000 SLP daily and earns an average income of $800,000 every month.

With strategic partners such as Delta hub, Crowdcreate, Encrypted Investments, 3M Capital, GDA Capital and others, AGV is striving to become a highly valuable DAO in 2022 by capitalizing on the increasing adoption of NFT assets, blockchain-based games, and other related projects. With the rise of NFT games, Astra Guild Ventures intends to capitalize on the $2 billion growing NFT industry.

The project is gearing up its marketing initiatives and has released its whitepaper in the public domain. With the mission to create a transparent virtual economy, AGV aims to unleash the true potential of NFT Play2Earn games.