Bitcoin ETF Approval and Tether to be Wiped Out? 2019 Predictions 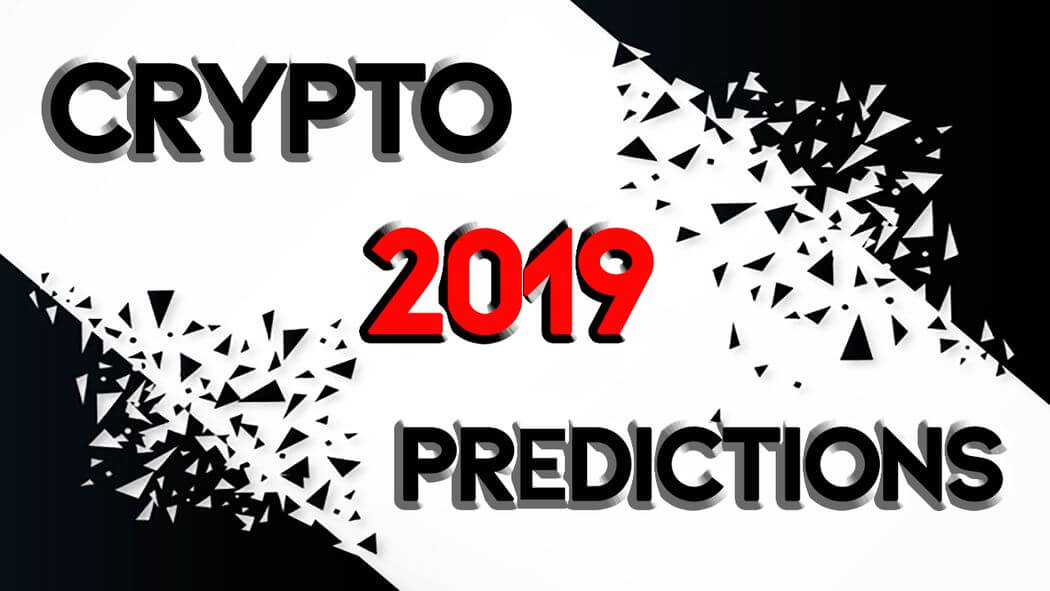 We are now two weeks into 2019 though the markets still reek of 2018 fever. I’ll be honest, many of us did expect to see Bitcoin at $10,000.00 by now and some of us may even have felt optimistic enough to believe that the start of 2019 would have bought the same riches as the start of 2018. Two weeks later, we are pretty certain that this is not the case.

As we have seen, the markets are riding very low, too many, this is good news - it presents a great buying opportunity, for others though, this is a major frustration, our investments are seeping value and things are looking gloomy.

Worry not though, 2019 has just started, we’ve got a long way to go yet and hope that over the next 12 months, things will change massively.

Now we want to explore some of the more prominent predictions for 2019 in order to explore the potential impact that they could have on the markets. We are expecting some big events to occur through the year, some of which will be good for Bitcoin’s value and others will be better for general Bitcoin adoption. Of course, these are just predictions so therefore, we can’t guarantee that they will happen, nor can we guess when they will happen. As a result of this, please don’t go and invest because of these predictions, instead, use them to help you plan out your own research and to find your own way round the news.

According Fortune, the Winklevoss twins, the brothers behind the Gemini Exchange, have recently spoken on their own TV show in the United States, The Ledger. You can see the recorded footage of the Winklevoss Twins interview for yourself, here.

The Ledger is part of Fortunes dedicated blockchain and cryptocurrency news channel. In case you’re not aware, Fortune is one of the largest business news media in the world, famed for their ‘Fortune 50’ rankings and for their multinational magazine. Because of the notoriety of Fortune and the fame of the Winklevoss twins, any predictions made via The Ledger should be taken very seriously. Again, it’s speculation but this stuff wouldn’t be broadcast if it wasn’t backed by research and evidence, therefore, take heed and pay attention!

The first Winklevoss prediction for 2019 is that Tether (USDT) is going to slip. As it stands, Tether is by far the world’s most traded stablecoin and has a monopoly on the stablecoin ‘industry’, according to Fortune, however:

“For years questions have swirled about the solvency of Tether, historically one of the most popular stablecoin projects. Expect rival stablecoins from the likes of Circle, Coinbase, Gemini, and others to eat away at the monopoly Tether once enjoyed. Even if Tether doesn’t go the way of Basis, which shuttered at the tail end of 2018, its prominence will likely wane as investors flock to surer vaults.”

What impact will this have on the markets? Well, it’s sure to shake up the top 10.

Next up, 2019 looks likely to finally bring a Facebook-led cryptocurrency, or, as speculation suggests, a Facebook-led stablecoin built to work within WhatsApp. This may not benefit the markets from the outset, but what it will do is introduce a huge number of new potential traders to stablecoins and eventually, cryptocurrency.

The Winklevoss twins that regulation will fly in hard through 2019. According to Fortune:

“The Securities and Exchange Commission will take swings at bigger targets this year. Perhaps it will deem XRP, the world’s second-most valuable cryptocurrency by market capitalization, to be an unregistered security, in which case it will surely whack Ripple, the coin’s purveyor, with fines. Or maybe the SEC will bring down the hammer on a cryptocurrency exchange for failing to adhere to anti-money laundering and know your customer laws. We’ll bet there are penalties in store for more celebrities who pumped ‘initial coin offerings’ too.”

ICO’s are likely to shrink and indeed, XRP’s monopoly could eventually be challenged. Regulation might not necessarily be a bad thing, though it seems that the Winklevoss twins truly believe that regulators are going to come in hard this year.

Lastly, and most prominently, we could finally see the approval of a Bitcoin ETF. Interestingly, the twins don’t cite themselves here as being likely to have the first (let’s not forget how many times the Gemini ETF has been rejected) rather, the twins believe that Bakkt could actually hold the key to all of this:

“As the industry matures, conditions are ripening for a Bitcoin-based exchange traded fund, or ETF. Cooler heads are prevailing among retail investors, post-bubble. Bakkt, a financial firm brought to you by the folks behind the New York Stock Exchange, is preparing for the debut of a physically settled Bitcoin futures market, improving liquidity. At least one SEC commissioner, Hester Pierce, has agitated to green-light a Bitcoin ETF. Speaking of which, keep an eye on next month’s decision regarding VanEck’s application.”

If not Bakkt, the VanEck is sure to shake up the markets by introducing a new wave of institutional interest. Many believe this is what Bitcoin needs to see in order to reach the moon again, whether or not this will happen in 2019 could be down to how these ETFs rollout, should they be approved by the powers that be.

There we have it, if all of the above does take place this year, in 12 months time we could all be in a very different position, a position that leaves us all a little better off than we are today!

Have you heard? Crypto Daily have launched their latest Ethereum giveaway, one that is set to inspire the start of a new crypto revolution!

I'm responsible for filming fresh, daily market, blockchain and crypto news for Crypto Daily's YouTube Channel. We cover a variety topics and coins to suit the taste of different investors, traders and crypto enthusiasts. For many years my background was mainly in Recruiting and Marketing. I also enjoy running a musical YouTube channel in my spare time.

Important moment for bitcoin - Do the high time frames hold the key?